Home/Blog/Four Megatrends in Big Data in 2019 and Beyond

Four Megatrends in Big Data in 2019 and Beyond 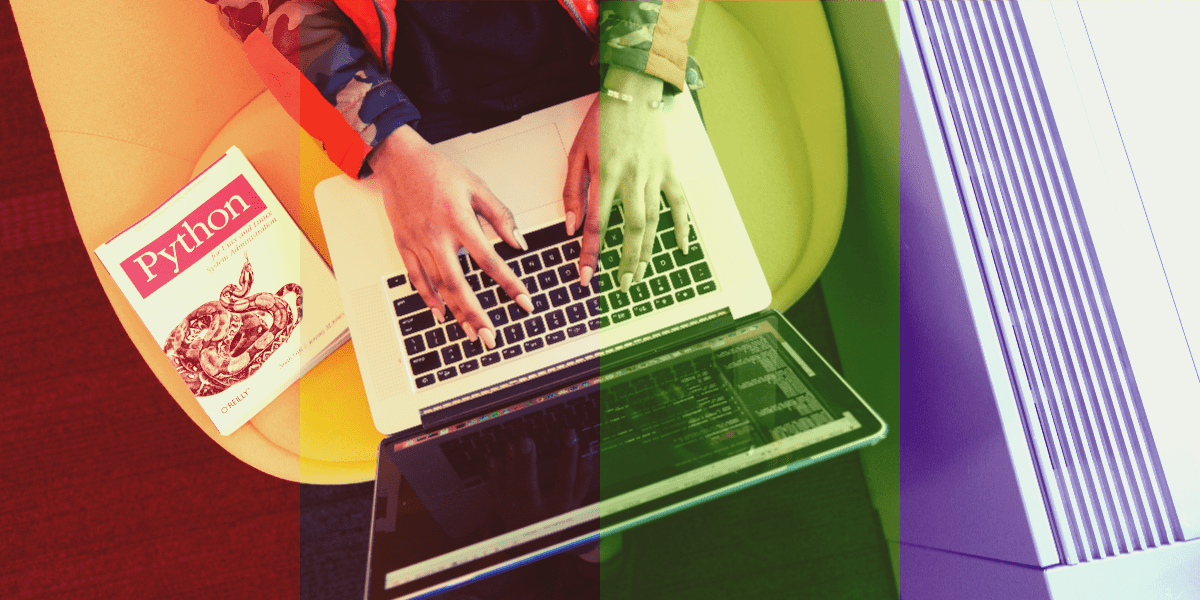 2018 was the second consecutive year when Gartner published an obituary of Big Data. If this sounds like bad news, don’t panic! No one, including Gartner, thinks Big Data is dead. Au contraire, Big Data has grown so ubiquitous it became “just data”, or so argue the authors of the obituaries.

Data certainly was all over the place in 2018 so let’s see how the market has changed and what to expect in 2019 and beyond. This article covers 4 trends that will shape the data technology in the next few years.

Looking back at the technology landscape of 2016–2018, the buzz surrounding Big Data has been on the decline:

At the same time, thousands of companies have been embracing data. Forbes and Dresner report that enterprise adoption of Big Data reached 58% in 2018, a significant increase from 2015’s modest, but respectable, 17%. 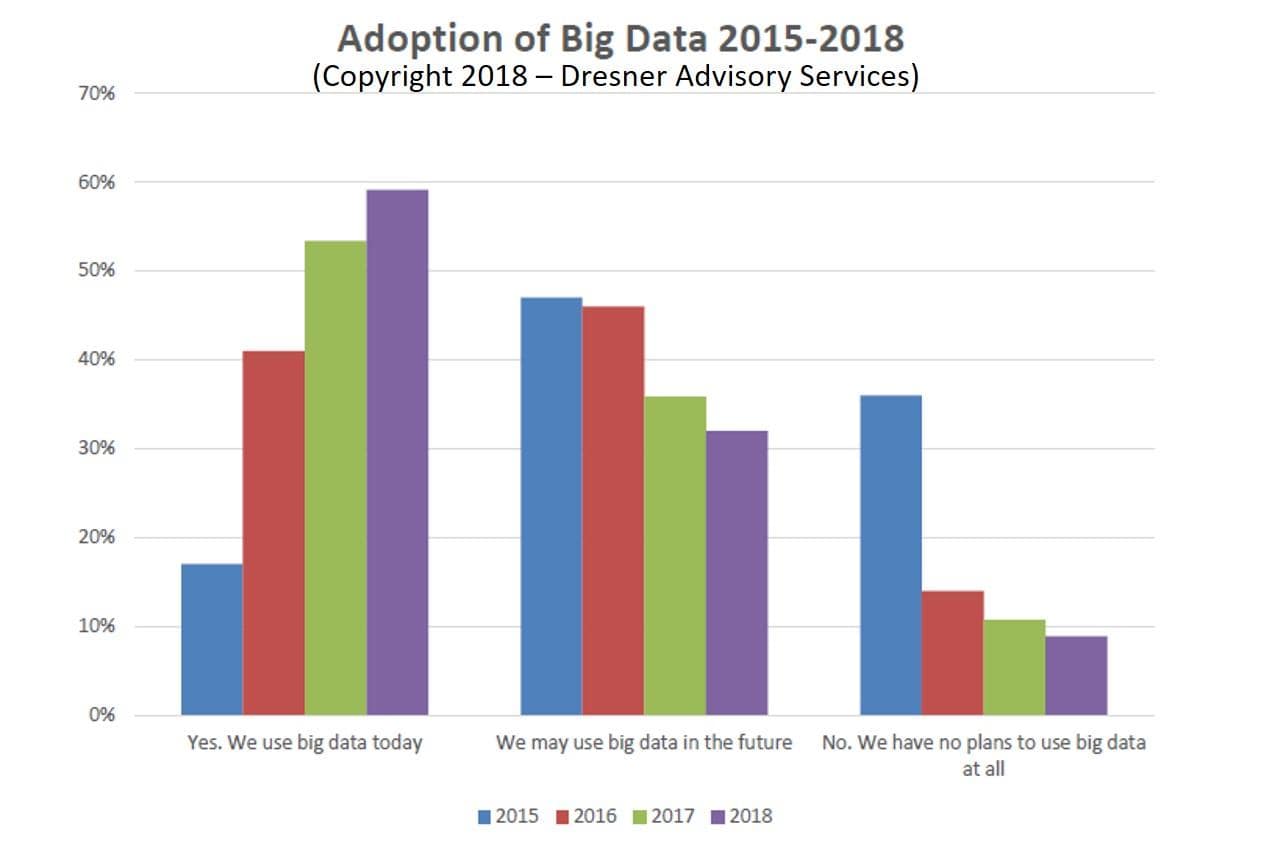 Data has reached the late majority of adopters in the 2017–2018 period, a trend that persists in 2019. The public no longer views data as a new exciting frontier — rather, a technology that companies must adopt to stay competitive. Big Data is now less of a buzzword, yet it’s now an integral component in the ongoing digital transformation of enterprises. 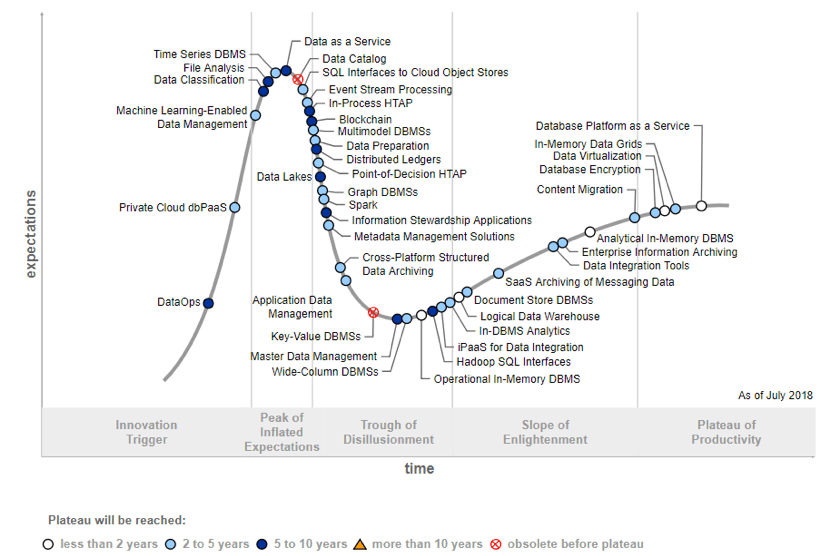 This perfectly illustrates the general craze about machine learning — and explains why large data companies are also AI/ML companies.

As Dieter Bohn from the Verge pointed out, nowadays, Google can’t string five words together without mentioning AI. And it’s not just the search giant, either. Google Cloud, Microsoft Azure, and AWS are some of the biggest brands in machine learning as a service (MLaaS). Coincidentally, these three companies are also among the leaders in modern Big Data infrastructures:

Source: Big Data and AI Landscape in 2018 (Click to view the full version).

Trend 3: Everyone, to the Cloud!

The domination of AWS, Google Cloud, and Microsoft Azure in the data market marks another important trend. An increasing number of the modern-day adopters of Big Data show little interest in developing and provisioning on-premise Hadoop or Spark infrastructures. Instead, they chose to rely on the simplicity of fully-managed, serverless solutions on the cloud. And they have quite a few reasons to do so:

Practical reasoning aside, the growing popularity of cloud platforms is perfectly in line with the psychology of the Product Adoption Curve. 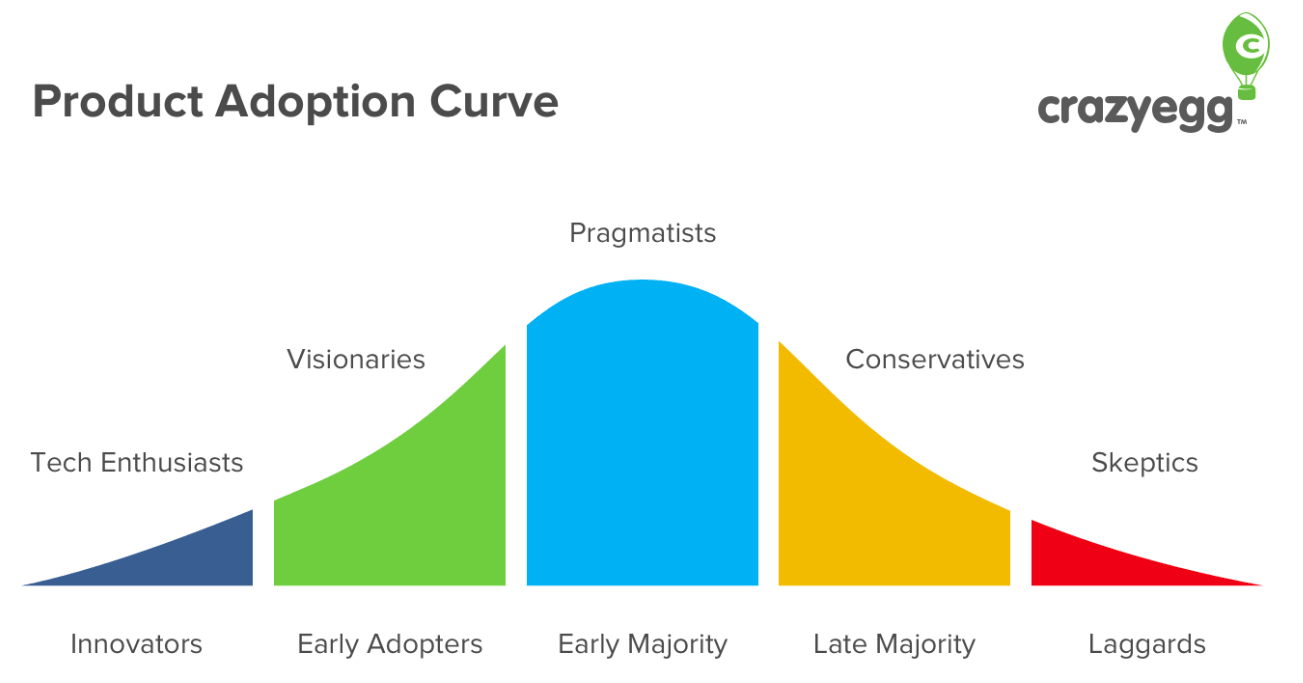 If you think about it, it’s been 13 years since Hadoop emerged and Big Data became a thing. People adopting this technology today are the late majority, and the late majority wants pre-assembled, value-added, and reasonably-priced solutions. That’s exactly how Amazon, Google, and Microsoft market AWS, Google Cloud, and Azure.

In 2019, data governance strategies might need a stronger focus on data security. There had been quite a few prerequisites for this last year:

These are just of few high-profile examples that made headlines last year. The good news is that the privacy issues of 2018 faced public and political resonance. Facebook’s Mark Zuckerberg had to testify before the US Congress, and the EU adopted the GDPR, a regulation aimed to protect user privacy. In early February of 2019, Cisco and Apple urged the US government to adopt similar regulations.

The side effect of these events is greater public scrutiny of how companies handle and protect user data. Naturally, this implies an opportunity for startups ready to offer solutions for data governance and data security. There will be other opportunities for startups and enterprises in the data space as well.

Opportunities in the data space in 2019

As adoption of data continues, startups will need to differentiate themselves to conquer a niche in the still booming market. According to the investor Matt Turk, the niches that offer space for growth in 2019 are:

Speaking of enterprises, InsideBigData names several opportunities for efficiency gains in 2019 and beyond:

Whether you are a data startup, or an enterprise looking to optimize efficiency, finding the right talent is paramount. The good news is that we specialize in helping companies reach talented software developers. Our engineers have worked on numerous products building and streamlining Big Data solutions or helping enterprises integrate with AWS, Google Cloud, and Azure.

If you are looking for someone who’s right for the job, contact us and ask our guys about our expertise with Big Data.

Thank You! We will be in touch shortly.
« Technology can help 500K students. Here’s how: AgileEngine named a top-5 developer in the new Clutch ranking for DC and Baltimore »